I made this project during my intership in Spain.Our task was to design a bar or a restaurant in a specific building in a small city, Santa Pola. During this semester I met a lot of Spanish people and I realized what they like. Spanish people love music and food and when they have a free time, they mostly spend it doing one or both of these activities. Therefore I decided to design a place, which will include both dance club and restaurant together. Whole place is based on contrasts between dark and bright places, and sharp and rounded shapes, which divide the functions of the diferent spaces. Bright lights shines only on places, where peole can eat, other spaces are dark. Only orange lines highlight the shapes of the rooms, but also the shapes of the furniture in the interior. To multiple the effect of the lights, I used grey matte colour on floor, ceiling and walls. 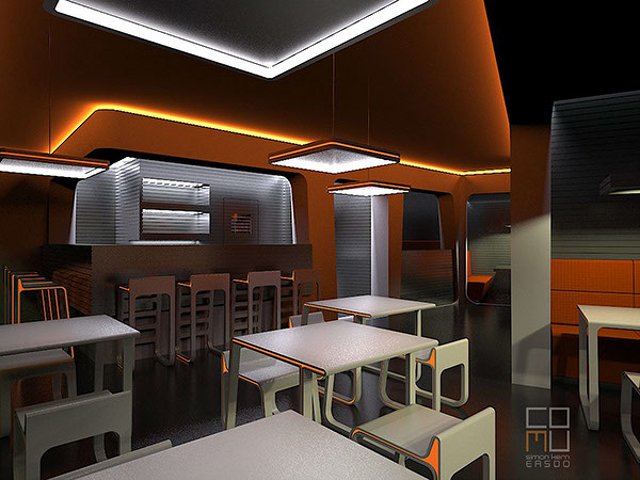 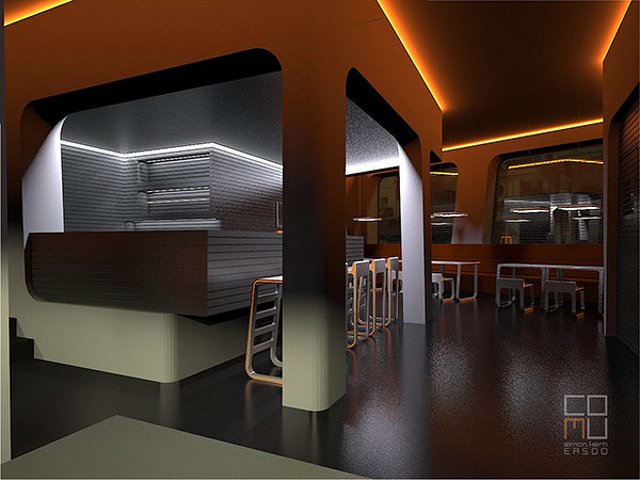 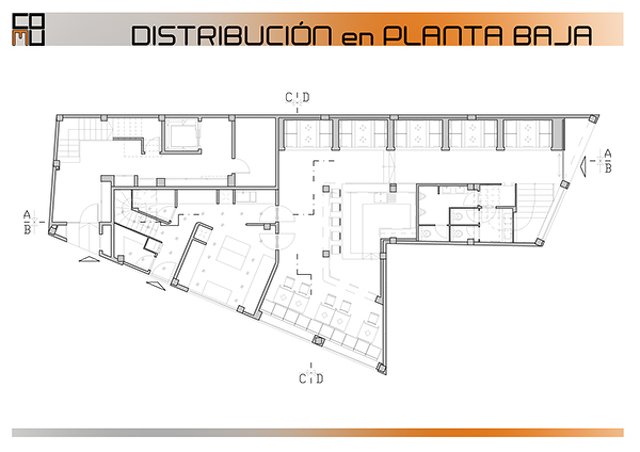 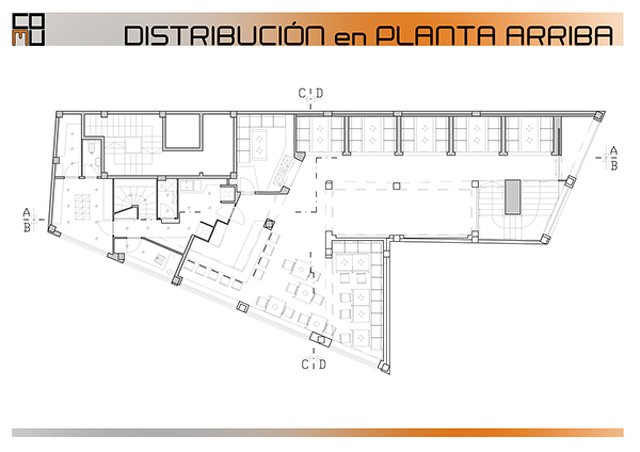 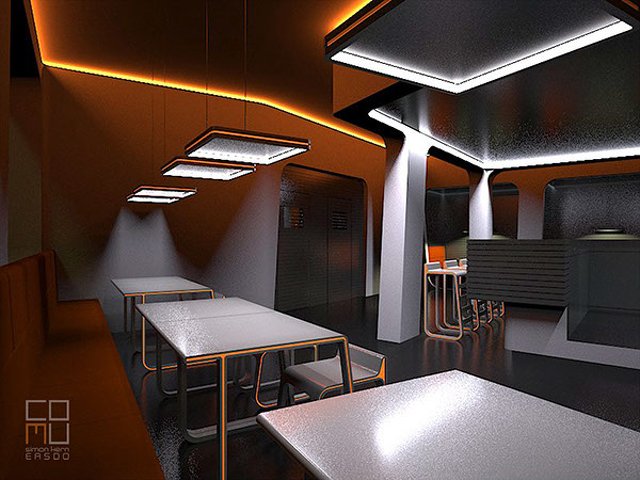 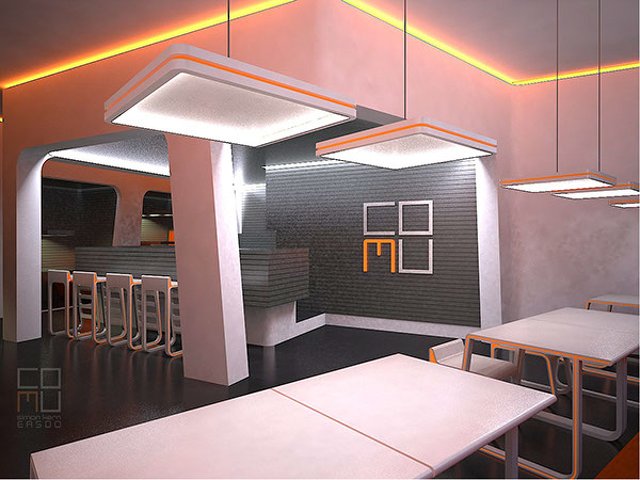 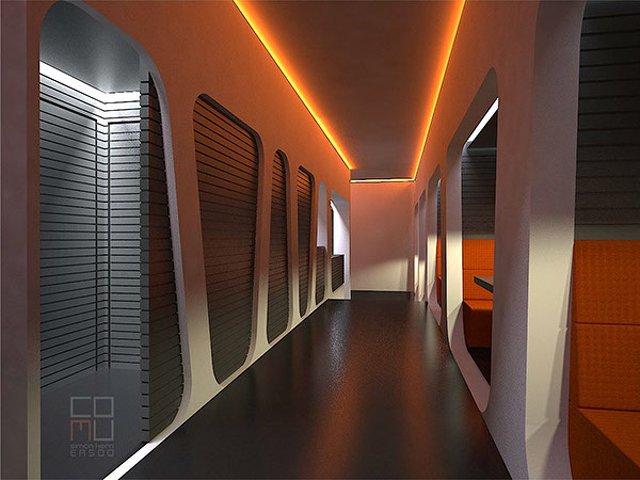 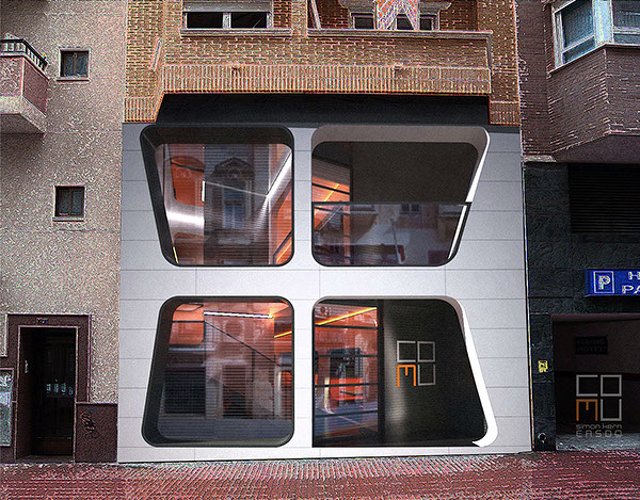