There were two tasks given by the client. 1.Use as much of the previous materials and objects, and use the objects from past advertismement shooting. 2.Make the interior in a way, that every room is a place where a photoshoot can be made, every room has its own idea and everything is variable.

My design came from idea of using what is in the interior and instead of replacing it, using it and even making it as a lead visual parts of the interior.

One of it was a B&W tiled floor, that I broke apart and once again used in a form of roken tiles.
Secong was a glass concrete wall, that client wanted to hide, but I rather than that used it and put another important glass concrete blocks to the interior.

From a previous shoot, there were few neon light shapes, so I used that to make the main sculptural lights in the space.

All these elements are connected with the simple plywood furniture, that in manz cases can be disassembled and assembled in other form. 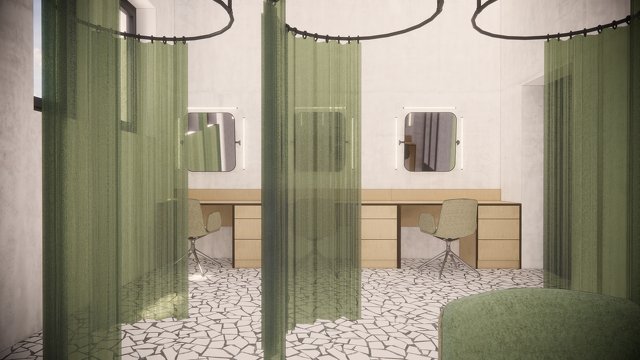 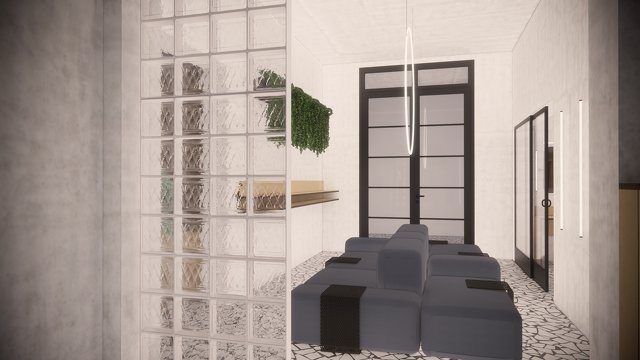 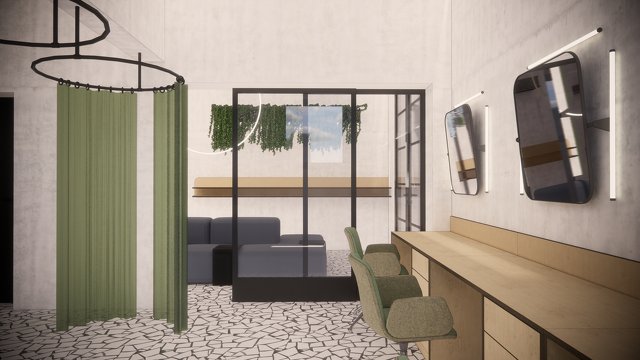 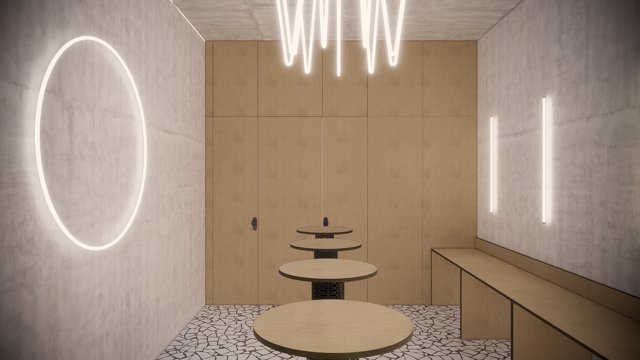 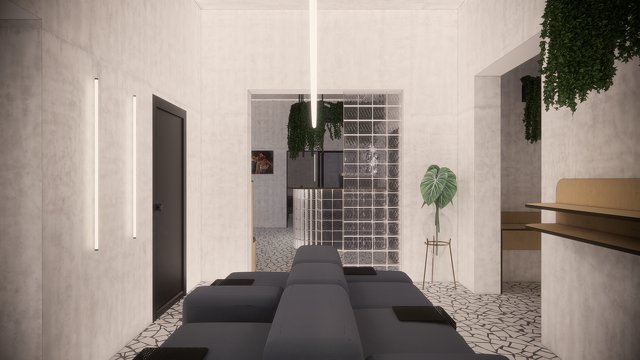 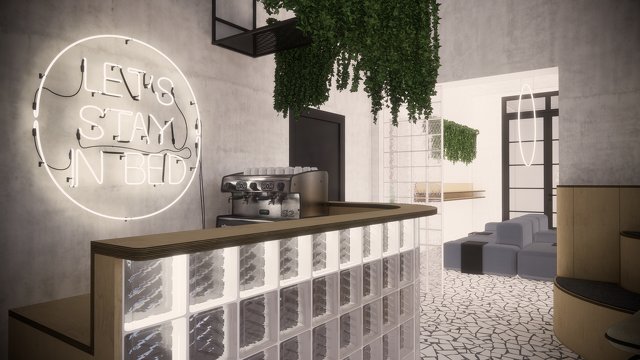 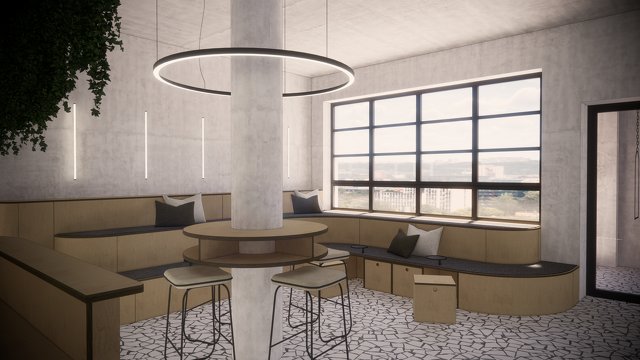 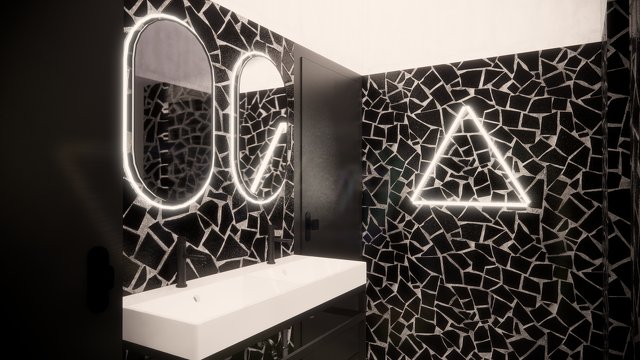 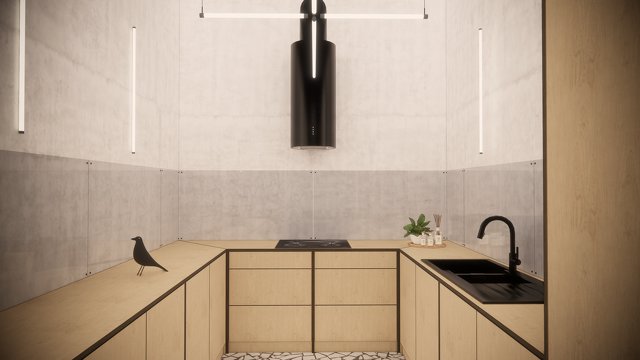